Thirty days hath September,
April, June and November;
All the rest have thirty-one,
Excepting February alone,
Which hath but twenty-eight days clear,
And twenty-nine in each leap year.

I had a great idea to blog about the 29th February; surely a noteworthy event, as this rare date only appears once every four years? But the fates have been conspiring against me; it turns out, from a historical perspective at least, that the 29th February is the dullest date known to man.

Leap years are required to keep our calendar in alignment with the Earth’s revolutions around the sun. That’s because a complete orbit around the sun takes slightly longer than 365 days…. 5 hours, 48 minutes and 46 seconds longer, as it happens. Consequently, the first leap year was introduced around 46AD by Julius Caesar but the mathematics later had to be fine-tuned by Pope Gregory XVIII.

The most interesting historical event I could find in my research, takes us all the way back to 1504. That’s right, we have to travel back 500+ years, to find something worth mentioning! The story involved Christopher Columbus who had been marooned for several months. Facing starvation, he consulted his almanac, only to note that a lunar eclipse was imminently due. Just before the event, he demanded that the hostile natives supply himself and his crew with food, or God would punish them. The story goes that, when the sky began to darken, the natives leapt into action, in awe of Columbus’ mighty power. Indeed, he apparently terrified them so much, food supplies continued to be delivered, until their rescuers appeared four months later!

My next thought was that somebody famous must have been born on 29th February. There is a 1 in 1,461 chance of being born on a leap day. These lucky few are sometimes referred to as ‘Leapers’ or ‘Leaplings’, if you’re that way inclined. However, having scanned the web, all I can conclude is that nobody famous enough for me to have ever heard of, was born on that day.

And then, of course, there is the old chestnut that once every four years, on 29th February, a woman has the “right” to propose to a man. There are various theories about where this tradition begins, which no doubt stems back many hundreds of years. Some say that in Scotland during the 1200’s, a law was supposedly enacted to allow for this anomaly. Others say it began in Ireland, when St. Patrick struck a deal with St. Brigid, allowing women to propose.

Others refer to a situation when a leap year had no recognition in English law; instead, the day was ‘leapt over’. As the day had no legal status, a break in tradition was seen as acceptable and us crafty, conniving women made use of this helpful legal loophole! I’m not entirely sure I can buy into this explanation though…surely if there was one day where law was not applicable, absolutely anything could take place on that day. A woman asking a man to marry her, was going to be the very least of a community’s issues!

So, apologies for not being able to drag up anything remotely interesting about the 29th February. But if you need something to pass the time pleasurably, this might help! 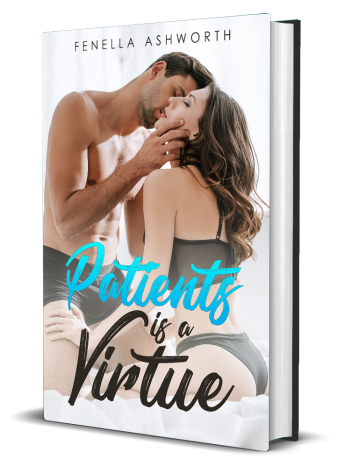 5 thoughts on “Possibly the dullest date in history…..”